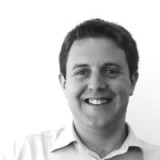 As reported yesterday, Glasgow’s Herald & Times Group, which is part of Newsquest, recorded the figure in its annual accounts filed with Companies House.

However, the company now says the reported loss was the result of a “corporate restructure” which involved inter-company debts being written off, and that it actually posted an operating profit of £8.8m.

Newsquest (Herald & Times Limited) has now officially been transferred into its parent company meaning its accounts will no longer be published separately.

In a statement, Newsquest Scotland and Northern Ireland finance director Richard Beastall said: “The reports identified that the company made a pre-tax loss of £7m, however they did not clarify that the underlying performance of the business remains strong.

“The reported loss was the result of a corporate restructure which aimed to simplify Newsquest Media Group by reducing the administrative burden associated with operating many trading companies.

“To allow the restructure to be completed, a number of companies will be wound up, making it necessary to write off legacy non-cash intercompany debts.”

Richard, pictured, said an operating profit of £8.8m was made by Newsquest (Herald and Times) Limited in 2017, which was in line with the profit made on a like for like basis in 2016.

He added: “Profits were maintained at this level despite revenue declining by £1.8m, meaning an operating profit margin growth of 0.8pc to 20.4pc was achieved.

“This strong performance was achieved by focussing efforts to replace declining revenues earned from newspaper sales and classified advertising. The directors of the business also sought to reduce expenditure where appropriate through the removal of loss-making titles or operations.

“Whilst the challenges associated with operating within this ever-changing market persist, the directors are confident that the business remains well positioned to adapt as is necessary whilst continuing to deliver healthy profit levels.”

Earlier this month Newsquest launched new Glasgow-based papers the Sunday National and The Herald on Sunday, following the closure of the Sunday Herald the previous week.

Daily titles The Herald, The National and the Glasgow Evening Times are also run from Newsquest’s Glasgow centre.