Glasgow’s Herald & Times Group, which is part of Newsquest, has recorded the figure in its annual accounts filed with Companies House.

The report also revealed that the number of staff employed by the group had decreased from 392 to 364 from 2016 to 2017, although there was a slight increase in the number of editorial staff – from 120 to 123.

Newsquest (Herald & Times Limited) has now officially been transferred into its parent company meaning its accounts will no longer be published separately. 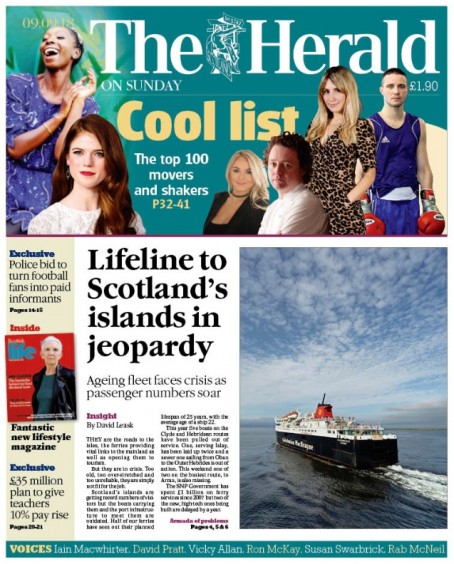 Earlier this month Newsquest launched new Glasgow-based papers the Sunday National and The Herald on Sunday, following the closure of the Sunday Herald the previous week.

Daily titles The Herald, The National and the Glasgow Evening Times are also run from Newsquest’s Glasgow centre.

The report states: “The company operates in a competitive and dynamic environment where maintaining and developing the interest of the audience is critical to its commercial success in attracting advertiser and readers. Competing newspapers and alternative media, including the internet, impact the group’s ability to grow revenues.

“The company manages this competitive risk by continually seeking to ensure its products meet the needs of the communities they serve and investing in internet-based services. This investment in digital media by the group is creating promising opportunities for revenue generation.”

It adds: “The company is also exposed to the general economic conditions that affect its advertisers and readers, particularly in the property, motors and employment advertising markets.

“The group’s profitability is also affected by workforce costs, the main operating costs of the company, along with newsprint prices. The ability of the company to flex these costs in line with revenues in the short term is limited.”