News chiefs rallied to defend a regional daily’s online article about an event 70 miles off patch which proved one of its “top stories” on the day it was published.

Senior staff at the Huddersfield Daily Examiner joined past and present Trinity Mirror directors in debating with readers on Twitter after a story about a fire at Blackpool Tower was published on its website.

The Tower is 70 miles away from Huddersfield, and one former journalist who hails from the town described the story as “desperate click-bait”. 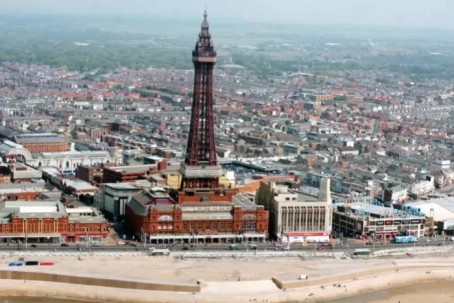 Rob Stewart, a former Holmfirth Express, Hull Daily Mail and Daily Telegraph journalist, wrote: “No idea why this Blackpool story has appeared on what I used to know as the Huddersfield Daily Examiner website but someone needs to put a stop to this desperate click-bait policy.

“I come from Huddersfield. I live in Bristol. So I check the Examiner for stories about my hometown [and local sports teams]. I don’t go there looking for Blackpool stories. Call me simple, but that’s the way it is for punters like me anyway.”

However, Lauren pointed out that of the 28 stories published on the Examiner’s website on Wednesday, it was the “only one not about Huddersfield or Kirklees”.

Lauren told another Twitter user, posting under the name ‘The Year of the Dog’, that the article was “one of the top stories on our site” on the day it was published.

David then posted: “Local newspapers have always covered stories out of their area, if it’s of interest to readers. I used to work on a Blackburn paper which splashed on the [Blackpool] Pleasure Beach being on fire.”

And Neil added: “So the Examiner shouldn’t carry any news from outside Huddersfield? Readers aren’t interested in anything beyond the end of their road? Huddersfield folk have never been to Blackpool on holiday? The stats don’t lie – this is clearly of interest to Examiner readers.”

Wayne wrote: “We do more than 20 local stories each day keeping people informed and entertained. Thousands of people from Huddersfield go to Blackpool each year so we thought there would be interest in it and there was. As a growing website we cover Huddersfield in depth but also do lots more.”

Trinity Mirror declined to provide HTFP with statistics or any further comment relating to the story.