The editorial chief of a new newspaper has denied it is being launched in “direct competition” with an existing weekly on the same patch.

The first edition of the Isle of Wight Observer, which is free, will be available from 10 August.

But Joe Burn, who is the title’s news editor and is responsible for editorial decision-making, believes there is room for both papers on the island. 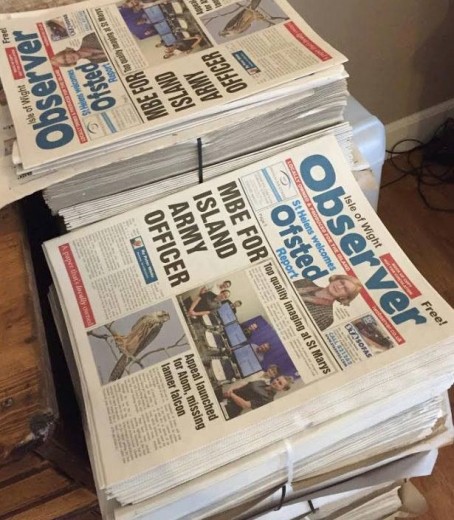 Joe added: “In the last two or three weeks people have been getting really excited about it and people seem to be really positive about it. They’ve been coming by to our office and give us stories.”

However in a post on its Facebook page, the Observer appears keen to highlight its local connections in comparison with other titles.

“The Observer unlike other local papers is owned and run by an Island company, ensuring all the money generated stays on the Island and goes back into the local economy. Our offices are based in Newport and our staff reside full-time on the Island,” it states.

The paper is being run from the St Thomas Square offices of Tiger Media, which already publishes Island Life and Islander magazines, and will be available from 250 different outlets.

Joe is heading up an editorial team which also includes an online editor and two production staff, one of whom will be dedicated to the Observer, as well as freelance journalists and photographers.

He has previously worked for former Trinity Mirror title Get Surrey, and has past experience with the Yorkshire Post and Yorkshire Evening Post while studying for a journalism degree in Leeds.

On his decision to join the Observer, Joe said: “I was just really intrigued in starting up a newspaper. I don’t think this sort of opportunity comes along very often, especially in print, and it just felt right.”