An editor who spent almost a quarter of a century in charge of a weekly newspaper has died aged 79.

Tributes have been paid to David Briffett, pictured, who edited the West Sussex County Times from 1977 to 2001.

During his tenure, David was at the forefront of the introduction of new computer technology and colour photography at the County Times after it was taken over by Johnston Press.

The Horsham-based title had previously been privately owned by Suzanne Green, whose family had run the paper since 1884, prior to her death. 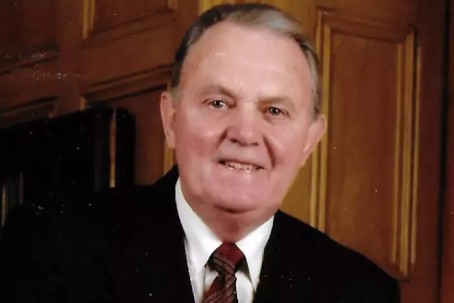 Gary Shipton, Sussex Newspapers’ editor in chief, said: “It’s true, both as editor and a director of the founding company, he led the West Sussex County Times with flair, integrity and distinction. But he was also a servant of Horsham itself. A man who was determined to use the County Times’ immense local influence as a force for good.

“As a consequence, he did not merely report and reflect the vast changes that were happening within the town centre during his tenure – but he actively championed them and played no small part in helping to shape them.

“To me, he was a newspaper editor and community champion of the highest order. A role model for any aspiring journalist. A man who I knew to be a master of his trade and at the top of his game. Horsham, and the County Times, owes him a huge debt.”

During his time with the County Times David wrote two books, The Acid Bath Murders and Sussex Murders.

He was chairman of the National Council for the Training of Journalists’ examination centre in Surrey for ten years and a member of the national examinations marking panel for a similar period.

County Times deputy editor Tim Hopewell-Ash said: “David always instilled in the trainees he mentored – and senior colleagues – the importance of working to the highest standards of ethical integrity.

“He firmly believed those standards were appreciated and respected by readers and advertisers and were critical to the newspaper retaining its credibility as a voice of the people and a champion of the community.”

Davied died on 26 June and is survived by wife Ann, three sons from his first marriage, and six grandchildren, as well three stepsons and seven grandchildren, plus one great-grandchild.