Lecturers hit out at courts over student journalists access row 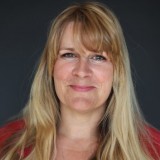 Students on the University of Northampton’s multimedia journalism degree course have had issues with access to proceedings at Northampton Crown Court, which they have been attending has part of their studies.

On one visit seven students, who were in pairs and small groups, were told by both ushers, and a clerk in one court, that they were not allowed to be in routine hearings without the permission of the judge.

In hearings where they were welcomed, some of the students were told not to take notes by an usher.

The issue was raised on Twitter by course leader Hilary Scott, pictured, who told HTFP: “It is important to note that some staff were very welcoming and helpful, but others clearly did not understand the right of the public and journalists to observe justice ‘being seen to be done’.

“There were several responses to the first tweet from working journalists and other university journalism lecturers saying they had similar problems with misinformed court staff at courts throughout the country.

“McNae’s Essential Law for Journalists author Mark Hanna helpfully tweeted a section the students could show if challenged by staff.”

After Hilary posted a second tweet following further incidents of students being told they could not take notes without permission, Her Majesty’s Courts and Tribunals Service responded to advise not taking was “not always possible” and it was at the judge’s discretion as to whether this was allowed.

Hilary said: “In one court, Judge Adrienne Lucking QC told our students that they were very welcome and she gave advice on restrictions to watch out for and stated that it was very important that they were there. She said she would ensure they were not stopped from attending or taking notes in future.”

She added: “The concern is that several courts across the UK are apparently obstructing both trainee and experienced journalists access, at the same time as the Courts and Tribunal Service has launched a scheme to develop the relationship between the media and the courts.”

Senior lecturer Kate Ironside, who has just joined the University of Northampton, said: “I’ve had the same experience at Luton Crown Court where student journalists have been refused access and told not to take notes.

“On occasions I’ve printed a handout for students explaining why they have the right to be there. We shouldn’t be in this position. The courts staff should know that there is a right for open justice, and that all student journalists should be helped, not hindered, in learning about how the law is accessed and reported.”

The HMCTS tweet states: “While note taking is allowed, certain cases have restrictions and owing to the sensitive nature of some cases, note taking is not always possible. This is at the judge’s discretion, and the students were notified of this.”