Johnston Press has increased the cover price on at least six of its regional dailies – saying the move will allow it to invest in “quality, trusted news.”

The regional publisher has increased the price of both Blackpool daily The Gazette and Yorkshire Evening Post by five pence, while three pence rises have been introduced at Portsmouth daily The News, the Sunderland Echo and Sheffield daily The Star.

An increase of two pence has been made at the Edinburgh Evening News.

A company spokesman said the move will help pay for up to 60 new staff it is recruiting, although this figure also appeared to include journalists being recruited via the BBC-funded Local Democracy Reporter scheme. 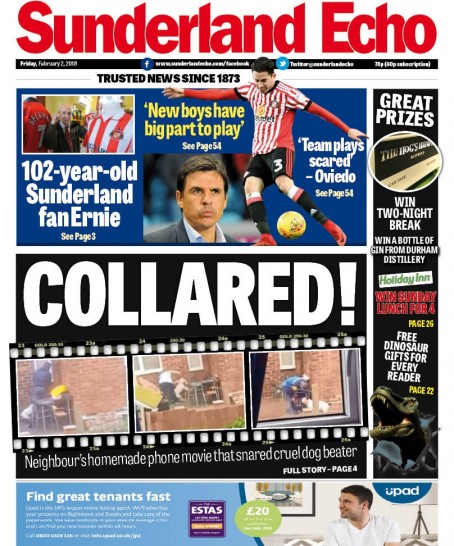 A JP spokesman said: “We think very carefully before making any price change. It’s no secret that the cost of newsprint has gone up significantly this year, and price adjustments also help us to continue investing in quality, trusted news.

The company has so far declined to say whether prices increases are being brought in at selected titles, or whether it is a group-wide policy.

The changes to the six titles mentioned are as follows:

In a trading update last week, JP revealed that overall circulation revenues rose 2pc during 2017, largely on the back of a strong performance by national daily the i.