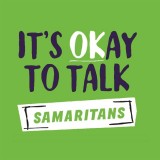 Local newspaper campaigns aimed at improving safety at known suicide spots could increase the risk of people taking their own lives, say the Samaritans.

The mental health charity has urged journalists to exercise caution if campaigning for safety measures to be installed at known suicide locations – saying such coverage can “increase the risk” of encouraging imitational suicidal behaviour.

Samaritans have also warned that newspapers run similar risks if carrying inquest reports on suicides that include details of the location.

The warnings have been made by Lorna Fraser, the executive lead of the charity’s media advisory service, who has offered a series of tips for journalists on covering suicides which take place at outdoor locations.

In her guidance, contained within a guest blog for the Independent Press Standards Organisation, Ms Fraser advised reporters not to use phrases such as “leapt” in their coverage if the victim fell to their death, and to omit details about train speeds and platform numbers if they are covering an incident which has taken place on a railway.

HTFP reported in September how IPSO was seeking views from journalists on whether publishing suicide locations in reports could be seen as key to the method of suicide.

Ms Fraser wrote: “Perhaps one of the less obvious risky areas when it comes to outdoor locations is campaigning activity – for example calling for safety measures to be installed at a site.

“These campaigns often highlight location and method and can contribute to places becoming known suicide locations.

“While the media can be a great vehicle for bringing these issues into the public domain and supporting efforts to apply pressure for action to be taken, there are evidenced risks with highlighting suicide methods and locations, even if they are part of a safety campaign.

“As with all reporting relating to suicide, vulnerable people can be exposed to this coverage, which can increase the risk of encouraging imitational suicidal behaviour.

“Another area of concern are stories covering awards for bravery when a suicide has been prevented. Again, these stories can serve as a powerful reminder that suicide is preventable and highlight the importance of talking if you’re struggling with your mental health or if you’re worried about someone else.

“However, it is far safer to cover such stories without including the suicide method.”

Ms Fraser also encourages reporters not to publish locations in cases where a story is to be reported as a suicide, such as following the outcome of an inquest.

In her blog she also highlighted examples of suicide coverage which can be helpful.

They include individual stories of recovery, highlighting the work of local support services and reminding readers of the importance of talking if they are struggling.