Journalists should be allowed to take photos in court, says academic 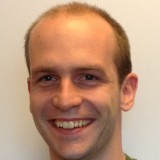 A journalism lecturer has called for journalists to be allowed to take photographs and record audio footage during court hearings.

Richard Jones, lecturer in journalism and media at the University of Huddersfield, has made the recommendations after conducting a study into the work of court reporters, mostly those employed by regional dailies.

Richard, pictured, interviewed 22 journalists who cover courts for his study and found that, due to a lack of photographers attending cases, some reporters rely on the courts’ own security staff to keep an eye out for them while they are taking snatch pictures of defendants outside the buildings’ precincts.

In order to address this issue, he has suggested allowing smartphone photography in courtrooms at certain brief times, adding restrictions around the use of audio recorders should also be relaxed.

In a list of recommendations compiled as part of his research, Richard wrote: “In general terms, I suggest that if the government and legal profession are serious about preserving the presence of the media in our courtrooms, it is time to consider a variety of steps to make it easier for reporters to do their jobs.

“Restrictions imposed in the Contempt of Court Act around the use of audio recorders in court should be relaxed. Smartphones can be used silently and so old complaints about noise disruption no longer apply. Permitting journalists to record court proceedings in audio form would allow the creation of source material that could be used in journalistic content, in particular in radio broadcasts or podcasts.

“Letting reporters put their phones on a table in front of a barrister giving an opening, or a judge delivering sentencing remarks, much in the manner of recorders left running at a police or football club press conference, seems an unobtrusive and sensible way of allowing journalists to generate more content from each trial.

“Of greater value in day-to-day news coverage would be a relaxation of the restrictions surrounding photography within court, which have been in place since 1925. Forcing reporters to sneak past defendants in corridors outside courtrooms and surreptitiously try to capture a snatch photograph as they leave the court building, is a nonsense – both because of the poor quality of those images and the potential danger of a criminal taking a dim view of what the journalist has done.

“I suggest allowing smartphone photography in courtrooms at certain brief times, perhaps during the swearing-in of witnesses or the putting of charges to defendants, for example, with a single reporter permitted to discreetly move into the well of the court and snap images at those moments, with photos made available to other journalists present on a pooled basis.”

Other recommendations by Richard include widening the use of video in court reporting following a pilot scheme whereby judges’ sentencing remarks have been filmed in some crown court cases.

He also says press rooms should be mandatory in all courts, as should the presence of designated press seats within each courtroom.

Richard added: “Often, press rooms have been given over to other court users such as solicitors, while not all new courtrooms have a designated press bench.

“Despite the general success in reporters’ use of technology in the courts, the main factor preventing further take up of live text-based coverage is the unreliability of internet access in court buildings. This often varies from courts centre to courts centre and indeed from room to room. Reliable wifi access should be extended to all courtrooms and press rooms.

“The name, age and address of each defendant, and the charges they are facing, ought to be freely available for every case in both the crown and magistrates’ court. That detail should be provided as part of the court lists typically provided as part of the paid-for online subscription services, but also in paper form within the courts, again perhaps left in the official press room as well as pinned up in the corridor.

“Removing the time reporters have to spend chasing up this detail each day from their workloads would be extremely helpful, freeing up a little time which could be spent dealing with the myriad other tasks which form the court journalist’s daily beat.”

Richard has now submitted his research to the Cairncross Review, a government probe led by former economic journalist Dame Frances Cairncross into the “sustainability” of the UK’s printed press.