An editor has paid tribute to his staff after they defied foul weather to achieve a record-breaking month at their county-wide news website.

Devon Live achieved 13,688,370 page views during March, a month during which heavy snow fell across the county on two occasions leaving many reporters stranded away from the office.

Editor Patrick Phelvin said the team have been close to achieving 10 million page views in a single month for several months, but the bad weather coverage had pushed them over the landmark figure. 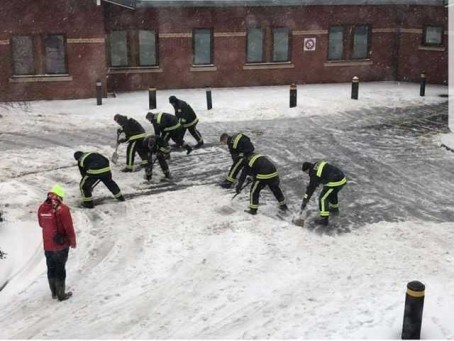 Patrick told HTFP: “If February had been a day longer we’d have crossed the 10m mark then.

“The team pulled out all the stops in March, despite several of them not being able to make it into the office. We had people working from their kitchen tables, their cars and from roadside cafes but somehow managed to maintain our service.

“When the A38 was closed with snow some of our staff were up well into the early hours to ensure the latest information was available to those stuck in the ensuing queue and the police were able to get their messages out. Not for the first time it felt we were carrying out an important public service.

“Our efforts were rewarded with huge spikes in audience which we were able to maintain for considerable periods. We also saw a significant increase in search referrals and social media followers so the coverage should give us a long-term boost.”