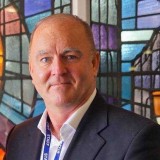 A freelance journalist has won a year-long battle to recover £6,500 in payments and court costs – but the newspaper publisher responsible still insists it does not owe him the cash.

A judge ordered Herald Newspapers to pay Alan Evans, left, the money in January at a County Court hearing at which no representative for the defendant was present.

Herald Newspapers later applied for the judgement to be set aside, claiming Alan’s initial claim had been sent to the wrong address, but District Judge J. Lloyd-Davies ruled last week that its application should be struck out and that the original decision should stand.

However Herald Newspapers editor Thomas Sinclair is still refusing to accept the decision and claims he was not told that last week’s hearing was taking place.

Alan, now the editor of hyperlocal news website Llanelli Online, received legal help from the National Union of Journalists to fight his claim, which he said arose from work carried out for Herald Newspapers between April 2015 and February 2017.

He told HTFP: “I have had to rebuild my business because this company refused to pay me and I found myself either having to work for them for nothing or leave.

“It has taken 12 months to get this judgement and Herald Newspapers PLC have avoided every opportunity to participate in mediation, which has always been my preferred route. I am extremely grateful to the NUJ for their help in this matter.”

However Thomas, who edits the Carmarthenshire, Llanelli and Pembrokeshire Herald titles, claims the notice for the second hearing was also sent to the wrong address and says he will challenge that decision too.

He denied that the group owes Alan the money and said it was “unaware” of the dates any hearings had been due to take place.

He said: “We wrote to the court and applied for the judgement to be set aside and were awaiting a court date for the hearing. Unfortunately, due to an error by the court, they again sent the hearing notice to the wrong address.

“General manager Mathew Rickard contacted the court [on Tuesday] to find out why it was taking so long to find out when the hearing was, only to be told that it had already taken place on Monday.

“We are now in the process of arranging a new hearing date with the court and this time, we should be notified of the hearing. We are 100pc confident that once we actually get into court, Mr Evans’ ridiculous claim will be struck out.”

In response, Alan said: “Both District Judge Batcup and District Judge J Lloyd Davies have made their rulings, which stand. We have not had any communication from the court to say otherwise.”