Journalist honoured for service to patch after 40 year-career 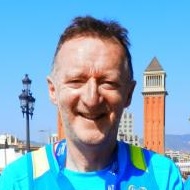 A journalist who recently retired after 40 years with a regional daily has been honoured for his services to his patch.

Eric Baxter, pictured, left the Greenock Telegraph after four decades of reporting at the end of last year.

Now he has been presented with the Fellow Award by the Rotary Club of Greenock, the highest honour a rotary club can bestow.

The award is given in “appreciation of tangible and significant assistance given for the furtherance of better understanding and friendly relations among peoples of the world”.

Eric, 65, told the Telegraph: “I’ve done many stories in the past about people who have received the Paul Harris award but never imagined I would get it myself.

“I’m very honoured to receive such a prestigious award. I’ve covered many stories of the tireless work Greenock Rotary Club has done for people at home and abroad.

“I feel the award is as much for the Telegraph as it is for me. Anything I did during my career was through the Telegraph, which does such an outstanding job promoting local, good causes.

“Thanks very much to the Rotary Club of Greenock for their hospitality and the award.”

Eric was accompanied by his wife Cathie and daughter Emma for the presentation last Tuesday.

Greenock Rotary president Ann Lockhart, who presented the award, said: “We always appreciated what Eric did for us and all the other things he done apart from that, like running marathons and raising money for charity, but also for being a thoroughly nice guy, which is what it all comes down to.”