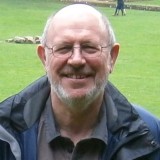 A journalist has left the regional press industry after working for a total of 29 different newspapers during his 45-year career.

Barrie Farnsworth, left, has challenged others to match or beat the number of titles he served on over the course of his working life – which included stints editing titles in Worksop, Scunthorpe and Lincoln.

His time in journalism has seen him work on titles across the Midlands, Lincolnshire and Sheffield, most recently on a freelance basis at the Tamworth Herald.

Of his record of having worked for 29 different papers, Barrie said: “I would love to hear from anyone who can match or beat that.”

He told HTFP: “I have seen a lot of change over the past 45 years – but I have simply loved being a journalist. I think the only newsroom job I have not had is Sports Editor – and despite loving my cricket rugby and football, I have no regrets about that.

“I have edited some great teams at Worksop, Scunthorpe and Lincoln – and I have also worked for some great editors, especially the late Peter Moore, the long-standing editor of the Grimsby Telegraph, where I enjoyed my role as production editor (and that strange title of Tera super-user too!), and Gary Phelps, who has been a fine editor at the Tamworth Herald for many years.

“I have also been lucky enough to have enjoyed what, with hindsight, was a golden period for journalists – although the last decade has been more painful for most.

“I fear for the future of local newspapers – and I sincerely believe that the Government should consider subsidising them sooner rather than later.”

Barrie’s last staff role was on the Derby Telegraph before being made redundant in 2009, since when he has worked as a freelance.

The full list of titles Barrie has worked for is as follows: