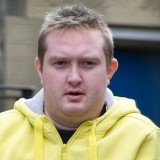 A conman who falsely claimed a regional daily had stolen a photograph from a private folder on his Facebook account has had his complaint thrown out by the press watchdog.

Christopher Ireland, pictured, accused the Dundee Evening Telegraph of accessing the private folder without permission, but it turned out the image in question was taken from the newspaper’s own archives.

Ireland also claimed in a complaint to the Independent Press Standards Organisation that the Evening Telegraph had accessed documents produced by the Insolvency Service without authorisation.

However, the information in question had appeared in a press statement issued by the service.

In the story in question, the Evening Telegraph reported that a Dundee hotel had cancelled a Jersey Boys event being organised by Ireland, after they became aware of his previous convictions for fraud.

Complaining to IPSO under Clause 1 (Accuracy), Clause 2 (Privacy) and Clause 3 (Harassment) of the Editors’ Code of Practice, Ireland said that it was inaccurate for the article to state he had been banned from being a company director, as he voluntarily requested the ban.

He also said that the article misleadingly suggested that he did not have a PhD and had not made clear that it had been the newspaper that had informed the hotel of his previous convictions, and was concerned that the newspaper had told the hotel that he would not pay his bills, and would steal ticket money.

Ireland raised further concern that the article included information that had previously been reported by another publication, which was subject to legal proceedings.

Denying a breach of Code, the Evening Telegraph said the article was based on its own investigation and information from its archives, not a reproduction of an article by another publisher.

It said that the statement in the article regarding his PhD was a statement of fact, as they had no proof of his qualification, while the photo had come from its own archives.

The newspaper also provided a copy of the press statement issued by the Insolvency Service in relation to Ireland’s ban, which stated he had been “disqualified as a company director for seven years”.