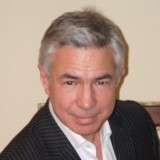 A family-owned weekly is set to come under new ownership after a deal was agreed with Iliffe Media.

The Newark Advertiser has today announced to its staff and shareholders that the company is in the process of being sold to Iliffe.

Joanna Parlby, chairman of the Advertiser Media Group, which currently runs the Nottinghamshire title, says the board took the decision because it believes the long-term future of the company is “better protected as part of a larger-scaled operation”.

The purchase of the Advertiser is the latest expansion for Iliffe after it returned to the regional press market in 2016 with the launch of the Cambridge Independent.

Said Joanna: “This has been a difficult decision for me personally, having represented the fourth generation of family ownership. It is clear that the challenges facing the industry today will only get harder.

“My main concern is that the newspaper thrives and continues to play its important part in the community it serves, delivering trusted news and other valued content. I am confident that Iliffe Media will provide the best solution in order to achieve this.

“The Iliffe family has extensive experience and heritage in local media, publishing and printing dating back to 1891, and have very similar values and ethos to us at the Advertiser.

“I would like to thank all our staff who have worked tirelessly to ensure that the newspaper and website have always been the best they can be. So begins the next phase in the life of the Newark Advertiser.”

Advertiser Group managing director Steve Wilson added: “Our staff have worked incredibly hard over the last decade to maintain the proud tradition of quality journalism that our title still enjoys and I’d personally like to thank the board of directors, and particularly the Parlby family, for allowing us the opportunity to do so for as long as possible.

“I am confident that Iliffe Media can provide a secure future and that they share our desire to produce quality publications that remain at the heart of their community.”

It is anticipated the deal, which also includes the Advertiser’s associated website and publications including the Newark Trader, will be completed by Monday 18 June.

Iliffe Media Midlands managing director Richard Parkinson, pictured, said: “The Newark Advertiser is a strong local newspaper, at the heart of its community.

“As well as being a great geographical fit with Iliffe Media’s Midlands titles, this is a really strong cultural fit. Like the Advertiser, Iliffe Media believes in putting the interests of its readers and advertisers first, with locally-based teams.”

Edward Iliffe, chief executive of Iliffe Media, added: “We are delighted to be acquiring such a well-respected local newspaper as the Newark Advertiser.

“At a time when trust in local media is soaring, Iliffe Media, with its long heritage as an independent, family-run media business, is committed to a long-term investment in local newspaper publishing, across all platforms.”