Trinity Mirror is trialling a new way of measuring how stories are performing online in a bid to see which articles have the most “impact” on readers.

The regional publisher is experimenting with the “high impact score” system, which examines content read by more than 5,000 people online for at least one minute.

The score also factors in the percentage of people reading the article how are regular visitors to the site.

Posting on Twitter, Trinity Mirror digital publishing director David Higgerson, pictured, said the trial would help the company to work out what kind of content was most popular with “loyal, local readers”. 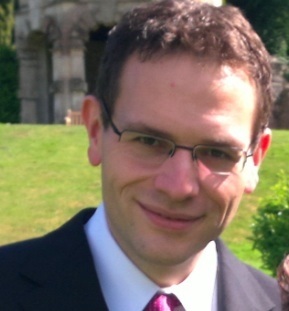 He said: “We’ve used page views as a primary metric for a long time, and will continue to do so, as delivering a large audience to our content has been fundamental to our company’s digital revenue growth. It has also helped us become more relevant to local people – by looking at the content large numbers of people want to read, we’ve learnt about what matters to people.

“We’ve also learnt that stories which we consider to be important aren’t always the stories readers consider to be important to them at first glance. That’s the problem with social networks using social shares as an indicator of interest, and also the flaw of search – people search for what they know they want, and the element of discovery is lost.”

David added the metric was designed to provide a “filter for newsrooms, and to look across our network and see which stories had an impact on a good number of people”, noting the number of TM stories assessed as having a high impact had increased from 1,200 to 1,900 since October.

He said: “We’ve learnt a lot from that. National news stories often do very well against this score, as does [crime round-up feature] Locked Up, and some live blogs. And we’re seeing more long reads coming through too. Our belief is that if you have a positive impact on someone while they are on their mobile phone, they’ll be more likely to come back.

“Some of the high impact stories run into the hundreds of thousands of readers, while [active engagement time] has been above five minutes in some cases. The latest score is a further dip into this and we’ve only done it once to see what happens. We blend three metrics – the two mentioned here plus the percentage of readers to an article who are loyal – to create a score in relation to all other high impact stories that month.

“In total, in gives newsrooms three levels of data to look at: Page Views in total, high impact stories, and the high impact stories which most made a memorable impression on loyal readers, who also tend to be local (although not always). We’re currently taking feedback from newsrooms on this metric, with a view to refining it in the next couple of months.

“To some extent, it helps reinforce a lot of things that we did know, but is also teaching us new things. It’s also showing that by having paid attention to metrics for several years, we’re successful in driving readers not only to the stories they instantly find useful or interesting, but getting them to try some of the stories they wouldn’t think were relevant to them.”