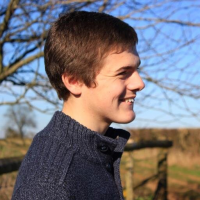 A local publisher’s first-ever editorial apprentice has moved to a newsdesk role at one of its weekly titles.

The KM Group’s Dan Wright, left, has been chosen as the new news editor of its Ashford-based weekly, the Kentish Express.

Dan joined the KM Group as an editorial apprentice in July 2013 before making the leap to a trainee reporter role at the Whitstable Gazette.

He was named NCTJ Apprentice of the Year in 2015 and wrote about his career journey in HTFP’s Training Matters column in 2016.

Dan’s latest promotion follows a spell as a reporter on another KM Group weekly, the Whitstable Gazette.

* Chris Bond is the new features editor of the Yorkshire Post, following the recent departure of Sarah Freeman. Chris was previously assistant features editor at the title.

* Sam Parker, previously digital editor at the Newark Advertiser, has left the paper for a communications officer role.  Sam has also worked for the Lincolnshire Echo and Bury Free Press.

* The Cambridge News has appointed Libby McBride as its acting digital editor, in addition to her existing role as audience content editor at Essex Live.

* Judith Duffy, previously an assistant producer with STV and chief reporter at the Sunday Herald, has now joined The Sunday Post as a news reporter.

* Rebecca Hudson is the new Head of News at the Salisbury Journal, having previously served as a reporter at the title.

* Richard Burdge has retired from his role as chief reporter at the Perth office of The Courier, while fellow Perth reporter Kirsty McIntosh has gone on maternity leave.

* The Lancashire Telegraph has appointed Aban Quaynor as chief reporter. Aban was previously crime reporter at the paper.

* Jessica Charles has joined the Worcester News as a trainee reporter.

* Estel Farell-Roig has left the South Wales Argus, where she was a senior reporter, to joins Wales Online.

* Will Harrison has joined the News Shopper series as a content editor.  He was previously a reporter with Kent Live.