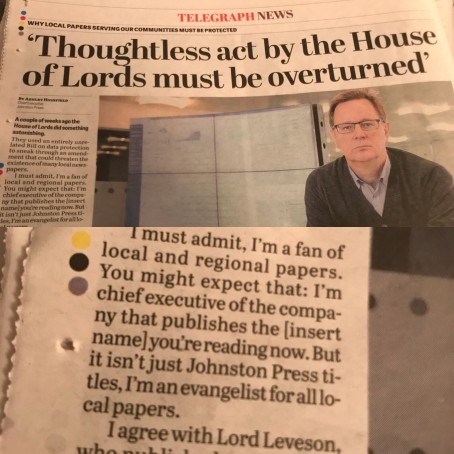 The regional press industry rightly united to oppose the threat of Section 40 and similar legislation, but the above rallying call may not have found much favour with Sheffield Telegraph readers.

In a piece on the subject by Johnston Press chief executive Ashley Highfield, which was presumably meant to appear in more than one of the company’s titles, Telegraph readers were informed that JP publishes “the [insert name] you’re reading now”.

The error was spotted by reader Alistair Farrant, who posted about it on Twitter.

Thankfully the threat of Section 40 has now passed with the government confirming yesterday that it will repeal the legislation.