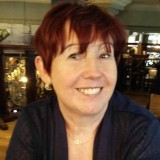 A former regional sports editor is turning her attention to music by writing a book about singer David Cassidy.

Louise Poynton, left, is searching for fans of the 1970s star, who died last year, and journalists who covered his concerts as she compiles a collection of memories, anecdotes and tributes from his followers around the world.

As a teenager Louise dreamed of being a music writer, but her career took her elsewhere after becoming the first woman to win the Guild of Motoring Writers’ most promising motoring journalist award at the age of 19.

She spent more than 40 years in newspapers, including 15 as group sports editor at the Surrey Mirror series, as well as spells at the Eastbourne Herald & Gazette, Eastern Daily Press and the Daily Mail.

Now she is appealing to HTFP readers who either covered Cassidy when he appeared in the UK, or know of fans themselves, to get in touch.

Louise, 61, said: “We have to remember the good things David did in life, how gracious he was and hugely talented, a kind soul and generous of spirit. His legacy must be preserved.

“David Cassidy represented an exciting moment in the lives of teenagers, a connection which lasted a lifetime. This book will be a beautiful anthology of those warm and inspiring, emotional and profound stories which encompass the memories of a personality we shall never see again.

“David was the biggest pop star on the plant in the 1970s and in every decade he reinvented himself on Broadway, the West End, Las Vegas, television and films and was still performing until eight months before his death.

“So many never had the chance to meet him but through our David stories of how he made us feel and the happy memories we have whether we met him or not, we can show he is forever in our hearts as we turn the pages and smile remembering a very special man who made the world a better place.

“He has left a legacy unmatched. He has been loved deeper than anyone and inspired and influenced more people than he would ever realise.”

Louise can be contacted via email at louisepoynton@outlook.com.