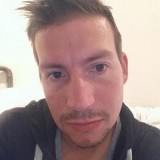 Editorial chiefs have called on journalists and trainers to embrace data journalism more – saying no reporter can “do their job fully” without doing so.

The calls have come from panelists at a session on data journalism and graphics during the National Council for the Training of Journalists’ Journalism Skills Conference 2018, being hosted today and tomorrow at Harlow College, in Essex.

Members of the panel included Reach plc head of data journalism David Ottewell and Pete Sherlock, pictured, head of the BBC’s shared data unit, which was founded two years ago as part of the corporation’s local news partnership with the regional press industry.

During a discussion on the sector, David said: “It’s hard to get people interested in data, you need to work at it. The rewards can be very big, but it’s not easy.”

Pete, who began his career working for Archant and Newsquest newspapers in East London and Essex, said there were “thousands” of data sets which were currently left unexamined by journalists.

He said: “To hold local authorities to account, [data knowledge] should be part of every journalist’s toolkit.”

Martin agreed, saying he believed data should be part of the “fundamental skills of any reporter.”

In an ensuing discussion on how to get journalists more interested in data journalism, David, who heads up a team of 12 based in Manchester, said: “[In Reach’s case] it’s useful now there’s a solid body of work we have and can say ‘this is what you’re getting out of it’. Nothing inspires a journalist like a front page, even in this day and age.

“Some are more keen to embrace it than others and I think it’s important that more courses are aware of the possibilities.”

Of her experience learning about data journalism, Bev said: “I really only scratched the surface. I think there’s certainly a long way to go.

“I’m back on the beat doing normal news and trying to use data. I managed to get my first data front page this week, so I’m quite proud of that.”