Editor leaves weekly she ‘grew up with’ after role made redundant 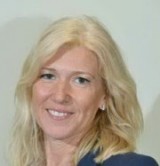 An editor has left the newspaper she “grew up with” aftet two years in charge after a restructure by its parent company.

Emily Banks had been in charge of both the Hampstead and Highgate Express, universally known as the Ham & High, and the Brent & Kilburn Times since 2016.

However her role has now been combined with that of Ramzy Alwakeel, who edits the papers’ Archant sister titles the Hackney Gazette and Islington Gazette.

Archant has declined to comment on the changes, but HTFP understands Emily’s role has been made redundant, meaning the Ham & High is now without a dedicated editor for the first time.

In a farewell message posted on Twitter, Emily wrote: “Editing the paper I grew up with has been my passion and I feel honoured and privileged to have had this role in our wonderful community and worked with these talented journalists.”

After starting her career as a reporter at the Oxford Mail in 1992, Emily moved to the Ham & High as news editor in 1995 before heading to the nationals in 1999.

But following a stint as a feature writer on The Sun, she returned to the Ham & High in October 2014 in the role of Hampstead reporter and crime reporter.

She became editor of the Ham & High and the Times in October 2016, following the retirement of Geoff Martin, who was editor-in-chief of Archant’s North London weeklies.