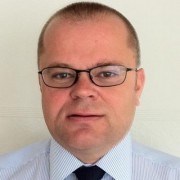 A weekly editor who has spent more than 25 years with the same newspaper has become the latest senior journalist to make the move into PR.

Chris Prime, left, editor of the Newark Advertiser for the past 10 years, worked his last day at the family-owned weekly on Friday.

Chris, who first joined the Advertiser as a trainee in 1986, is joining the press office South Kesteven District Council, in Grantham, Lincolnshire.

He will be replaced in the editor’s chair by Sharon Hodkin, who is stepping up from the role of deputy editor.

Chris has spent all of his career with the Advertiser apart from a spell at the Nottingham Post.

Said Chris: “I have spent most of my working life in Nottinghamshire, particularly Newark and have been privileged over the years to have worked alongside many talented and committed colleagues.

“I started in journalism as the hot metal days were coming to an end and have, of course, seen massive changes in the way news is published and consumed.

“I was delighted, however, that in my last week we were able to lead the paper with the announcement that a £15m scheme to build a replacement school for children with learning difficulties in Newark looks set to go ahead.

“There has been a long campaign to replace the school buildings, which have been described as the worst in Nottinghamshire, and the Advertiser has backed it from the start.”