A former regional editor has gone head-to-head with the newspaper she used to run after launching a new print title.

At the time of her departure, she was a content editor for the company’s Kent Live news website. 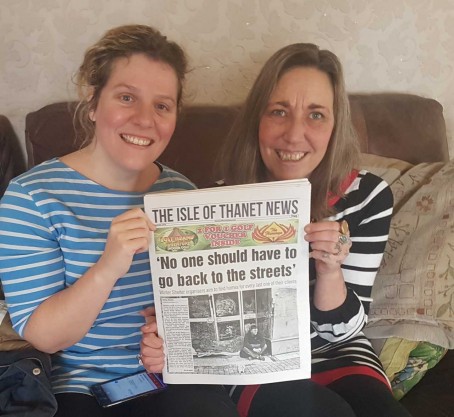 Kathy will run the reverse publishing venture with former Gazette reporter Jodie Nesling, who has taken up the role of News co-owner.

The paper will include news features, leisure, sport and schools information, while its sister site will continue to deliver breaking news and a wide range of articles covering, council meetings, crime, school news, leisure and sport.

It will be distributed from from dozens of Thanet venues, including supermarkets and micropubs.

Kathy told HTFP: “We are both really excited to be launching our first print edition. We realise it could be seen as going against today’s trend but feel there is a market for a truly local printed paper which combines news features with leisure, sports and more.

“The first deliveries had to be restocked by the evening and the feedback so far has been great.

“We had two really impressive designers working on the pages and have had an enormous amount of support from readers, advertisers and contributors.”