An editor has hit out at health chiefs over an “undemocratic” decision to bar his newspaper from what he claims was a public meeting.

Hampstead & Highgate Express editor Ramzy Alwakeel has criticised the Royal Free London NHS Foundation Trust after being “explicitly told” it was not welcome at a meeting about the proposed sell-off of Queen Mary’s House nurses’ home, pictured.

According to the Ham & High, the Royal Free had agreed to make the meeting public after “pressure” from the newspaper, although the trust has since claimed the meeting was “not public.”

The Ham & High was still able to carry a report from the meeting, held earlier this month, with attendees relaying information to the paper. 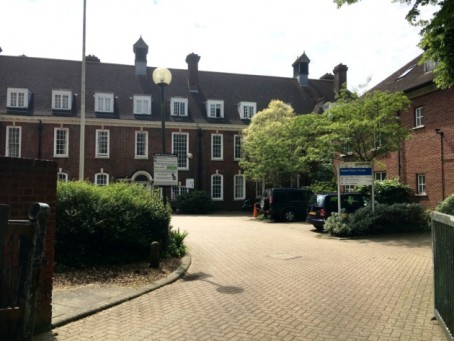 In an accompanying editorial, Ramzy wrote: “Not only was the meeting going ahead at short notice, but those who couldn’t make it and were planning to rely on the Ham & High to be their eyes and ears could get stuffed, because we weren’t going to be let in.

“Public bodies have no business barring the press from anything to which the public are invited. But as the tradition of public relations becomes more powerful and the standing of the press is gradually eroded, this sort of thing is becoming more and more common. It is undemocratic.”

A spokesperson for the Royal Free London, said: “We take great pride in the open and transparent nature of our organisation. Each month the trust board meets in public and members of the media are welcome to attend.

“In addition any journalists are welcome to attend any additional public meetings the trust holds. On this occasion the meeting in question was not public.”