According to a report on the Politics Home website, Mr Williamson has issued a call to arms to people such as reporters who “really understand about getting messages across”.

He has also called on the Armed Forces themselves to do more to attract journalists and people with IT and cyber skills in to the Army, Navy and Air Force.

Politics Home reports that Mr Williamson, pictured, argued the skills of reporters were “more relevant today than anything else” when Britain’s enemies are using propaganda to “change the narrative”. 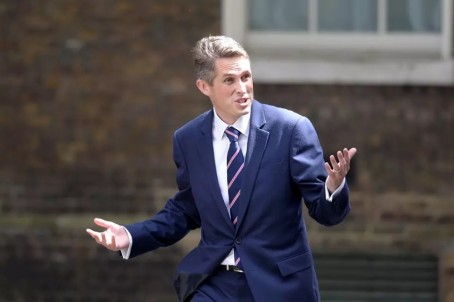 He said: “We need to be asking the question of how you get the private sector more engaged in actually encouraging reservists, getting people to join the reserve forces.

“In this age where there’s so much disinformation, where Britain’s enemies will use Twitter, will use every angle they can do to change the narrative – people who’ve traditionally thought about joining reserve forces, we want them to come in – but actually, it’s looking to different people who maybe think, as a journalist, well what are my skills in terms of how are they relevant to the Armed Forces?

“Warfare is evolving so much and it’s about trying to get a different generation, a different type of people to start thinking ‘I’ve got something to add to my reserve forces.”

Mr Williamson added: “We have to start changing the Armed Forces in terms of actually attracting those people as well.

“Sometimes people see the Armed Forces as being quite traditional in terms of its approach. We need to make sure that people in cyber are incredibly welcome. Those skills have a vital and pivotal part in terms of what we do as an Army, Navy and Air Force.”