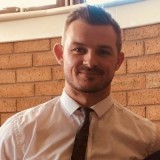 A local democracy reporter has accused a council of “shooting itself in the foot” after it blocked his bid to make public a secret report on the impact of Brexit on his patch.

Birmingham City Council has rejected a Freedom of Information request from Carl Jackson, pictured, on the grounds that the report was just a draft at the time it was produced.

Carl, who covers the authority for Trinity Mirror and the BBC under the taxpayer-funded scheme, became aware of the document’s existence after it was mentioned during a meeting of the council’s economy, skills and transport overview and scrutiny committee last month.

Heather Law, senior programme co-ordinator at the authority’s European and international affairs team, told the meeting the report had been produced prior to the referendum, but was not released to avoid influencing the vote.

The council has now rejected Carl’s request for the report to be made public two years after it was produced.

Giving its reasoning, the authority said: “The report was only ever a draft report shared with the chair of scrutiny and the chief executive at the time.

“The report was incomplete, not approved/signed off by any senior manager and did not progress beyond its first drafting stage. The decision not to progress with a full report was taken by the chief executive at that time.”

He told HTFP: “It seems the council has shot themselves in the foot with this one. It seemed prudent of them to commission a report on what the implications of a Leave vote might be for Birmingham.

“I also agree it was perhaps wise not to release it prior to the referendum and let the public make up its own minds on Brexit. But the decision by the former chief executive not to proceed with it is baffling.

“And the fact that two years on there is still no published report on what Birmingham will be faced with after leaving the EU is even more frustrating – especially when other cities have done it.