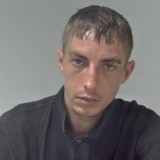 An alleged thief refused to take part in a court hearing because a reporter from a regional daily was present.

Paul Sheward, left, walked out while appearing before Worcester magistrates via videolink after being informed a Worcester News journalist was covering his case.

The 31-year-old’s defence counsel told the court he refused to be part of the hearing because the press had covered his previous offending.

Sheward was facing five charges of stealing from shops in Droitwich and Worcester, as well as a sixth charge of attempted theft of alcohol, between 15 and 21 July.

According to a piece on the hearing by News journalist Sam Greenway, Sheward asked twice whether a court reporter was present after he had been asked to confirm his name and address.

When a court clerk confirmed there was a reporter in the court room, Sheward said: “I am not prepared to go any further”.

He then walked out of the room at HMP Hewell, near Redditch, from where he had appeared via viedolink.

Sam Lamsdale, defending Sheward, told magistrates that she had explained to him before the hearing that a reporter would be in court.

Miss Lamsdale added Sheward was refusing to be part of the hearing as the press had previously covered his offending, which included convictions for robbery, battery, and assaults.

Magistrates were told by the court clerk that the hearing was likely to be rearranged to a time Sheward could be brought to appear in person at the court.