Woman went to IPSO because she disliked weekly’s story angle

A woman complained to the press watchdog because she disliked the angle of a story run by a newspaper she contacted.

Jemma Canavan was also unhappy after her photograph appeared on the front page of the Wishaw Press to accompany the resulting story.

The article in question reported Mrs Canavan and her husband had asked their housing co-operative to rehouse them due to anti-social behaviour, having been threatened with guns and knives as well as attacked with bottles and eggs while walking in Wishaw Main Street.

The Press added the co-operative had not taken their concerns seriously, while the story was illustrated by a photo of Mrs Canavan and her husband. 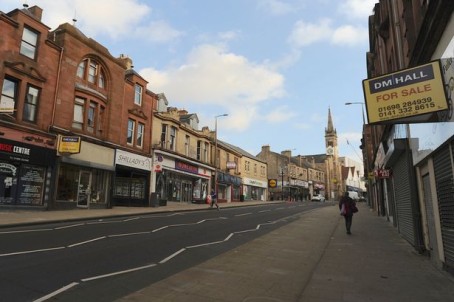 Complaining to the Independent Press Standards Organisation, she said that she had contacted the Press regarding her landlord’s failure to comply with their rules and regulations in regards to anti-social behaviour, and had not wanted the article to focus on the dispute with her neighbours.

While she and her husband had consented to their photograph being taken and published, she claimed its placement on the front page, as well as reporting the area in which they lived, was an intrusion into their private life and had put their safety at risk.

In her complaint under Clause 1 (Accuracy) and Clause 2 (Privacy) of the Editors’ Code of Practice, Mrs Canavan said she had told the paper she had seen the neighbours that were threatening them with guns and knives, but had not said that they had been directly threatened with weapons.

The Press said Mrs Canavan had discussed the instances of anti-social behaviour with the journalist at length and said it was necessary to include these details to explain why the complainant believed her landlord’s inaction was unsatisfactory.

Reporter’s notes provided to IPSO from phone calls between the reporter and the complainant showed she told him she had seen guns and knives her neighbours owned, which had led the reporter to believe that the couple were being threatened by these weapons.

The Press also said that the couple had consented to the newspaper’s photographer coming to their home and had posed for photographs, adding the agreed publication of the area in which they lived did not count as private information.

Following IPSO’s involvement, the Press offered to remove the article from its website and social media pages as a goodwill gesture.

This resolved the matter to Mrs Canavan’s satisfaction, and the full resolution statement can be read here.