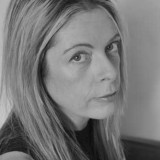 Three regional journalists have started secondments at a project being run as part of the BBC’s local democracy reporting scheme.

Journalists from the Bradford Telegraph and Argus, the Birmingham Post and Mail and the Northampton Chronicle and Echo have begun work and training placements at the shared data unit, which is aimed at developing data journalism expertise in the regional news industry.

The unit will share its generated data journalism with regional publishers and will be staffed by a BBC team, as well as a rolling intake of seconded reporters from other media outlets.

Since launching in September, the Birmingham-based unit has already shared content with more than 600 media outlets.

Stories run as a result of its research include revelations that teacher vacancy rates were at their highest in the most deprived parts of England, and that the proportion of EU nationals leaving jobs in the NHS is rising.

Eileen Murphy, pictured above left, is the BBC digital editor who oversees the unit.

She said: “Collaboration around data journalism is essential at a local level to help deliver high impact journalism to our local audiences.

“By working in partnership with colleagues across local news we hope to deliver not only high impact content but also support the development of the next generation of local data journalists in the UK.”

David Holdsworth, controller of BBC English Regions, added: “We are a step forward in our plans with the Shared Data Unit in Birmingham.

“It is already producing stories which have been used across the industry and we are confident of its continuing success, particularly with our partners from the newspaper industry bringing their experience.”