New editor steps up at weekly after 12 years with publisher 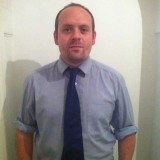 A new editor has taken up the reins at a weekly newspaper – and is aiming to get readers to enjoy his patch more with a new campaign.

The North Norfolk News has launched the Enjoy Cromer More drive following the appointment of Adam Lazzari, left, as editor.

Adam has also taken on responsibility for fellow Archant weeklies the Dereham Times and Fakenham and Wells Times, and is also the Mid and North Norfolk news editor for the Eastern Daily Press.

He takes over from Ally McGilvray, who had taken on the North Norfolk News following Richard Batson’s departure in November 2015.

The Enjoy Cromer More campaign has seen the News launch a dedicated website for the seaside town, as well as offering extra print coverage.

In a piece announcing the campaign’s launch, Adam said: “The world of news has changed and is continuing to change. In the past, journalists found news, put it in newspapers and knew that there was a guaranteed audience. It was straightforward.

“Print remains vital to us and to you, but it is just one of countless ways that we find out about our communities.

“So we arrive at Enjoy Cromer More, which aims to explore those ways and find out what works best – how you want to talk to us and how we can improve how we listen.”

Adam, 37, began his career with around 12 years ago as a trainee news reporter and sports editor at the Ely Standard befre a stint at the Cambs Times and Wisbech Standard.

He moved to Norfolk seven years ago to work for the EDP as a senior news reporter and has also worked as a chief reporter and community editor.