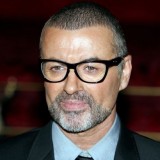 A group of journalism students landed their first national scoop after following up a Freedom of Information request regarding the death of George Michael.

A story produced by Highbury College students was picked up by the Press Association and several national titles after journalism lecturer Paul Foster urged them to develop a response he received to an FoI request about a leaked tape of a 999 call made by the pop star’s partner Fadi Fawaz.

A document obtained as a result of Paul’s request showed that Thames Valley Police interviewed two ambulance staff over the leaked tape, which features a recording of emergency services talking to Mr Fawaz.

Paul tasked his students on the Portsmouth-based college’s fast-track National Council for the Training of Journalists course with going through the document and contacting the relevant authorities for comment.

The resulting story was put out on the PA newswire and subsequently used by the Daily Mirror, the Daily Mail and the BBC.

Paul told HTFP: “I regularly hold Freedom of Information lessons with my students where we brainstorm ideas on what to request in a bid to uncover something we didn’t know beforehand.

“It was during one of these sessions that I came up with the FoI about the leaked George Michael tape. I remembered reading about the leak when it happened but didn’t recall seeing a follow-up so I thought I’d have a dig around.

“After I received the secret report, I tasked my fast-track NCTJ students to go through it and contact all the authorities for comment, which they did. We then sent the finished article to the Press Association who put it out on Thursday night.

“It was a great experience for them and now they have their first national story which has appeared in the Daily Mirror, Daily Mail and BBC.”

A man and a woman were voluntarily interviewed under caution after detectives launched an investigation in May, but no arrests were made and no further action was taken.

Paul added some of the department’s other students also have FoI stories in the pipeline which he hopes will go on to get national coverage.

He said: “I focus heavily on investigate reporting at Highbury. I always tell the students that it’s important for journalists to keep authorities on their toes and that they are held accountable. FoIs are just one of the ways we can do this.”