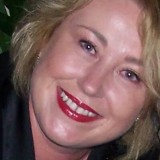 A regional daily’s interim editor will leave the newspaper on New Year’s Eve after 10 years of service.

Sara Taylor, left, has served as managing editor of the Oxford Mail for the past two years, and has been in charge of the paper on an acting basis since Gary Lawrence, who also edited Newsquest sister daily the Swindon Advertiser, left the company in August.

Since Gary’s departure, Sara had been responsible for the Mail while Advertiser deputy editor Michelle Tompkins took the reins in Swindon.

Pete Gavan is set to take over at the Advertiser on a permanent basis from 2 January, while Newsquest is planning to recruit a full-time editor for the Mail in the New Year.

Sara’s departure was announced by Newsquest Oxfordshire & Wiltshire managing director Chris Moore in a memo to staff on Wednesday which has been seen by HTFP.

Wrote Chris: “Sara has been managing editor of the Oxford Times, Oxford Mail and our stable of weekly newspapers, magazines and websites for the past two years, having previously been deputy editor.

“I would like to place on record my thanks to Sara for her contribution to the business and acknowledge her journalistic skills, integrity and leadership of the department has been a major factor in the achievements of our portfolio – from helping the Oxford Mail achieve Newsquest News Brand of the Year 2017 to the editorial team being shortlisted in seven categories at the Regional Press Awards.

“We will be advertising for an editor/head of content for the Oxfordshire titles in the New Year and I hope you will join me in wishing Sara every success in the future.”

It is not yet known who will be taking over as the Mail’s acting editor during the recruitment process.

Newsquest has declined to comment further on the move.