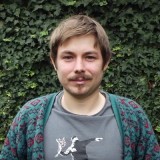 An editor has urged the government to put a stop to a council newspaper operating on his patch which he says is spreading “fake news.”

The twice-monthly News is produced by Waltham Forest Council, which last month was one of two London authorities threatened with court action by communities secretary Sajid Javid for breaching guidelines which state such publications should be published no more than quarterly.

In his editorial for the Echo, an independent monthly free paper established in 2014, James argued that “fake” was an appropriate term to level at the News.

He wrote: “So-called ‘fake news’ is of course a genuine problem, but care should be taken before such a serious accusation is levelled against any particular journalist or media organisation. Fake news is also not a new phenomenon, having been around for as long as the profession of journalism itself.

“I would argue, however, that ‘fake’ is an appropriate description of Waltham Forest News, a free fortnightly publication comprised almost exclusively of local government propaganda.

“There is nothing wrong with publishing propaganda – it is a legitimate method for politicians to defend their record and win votes. The problem comes in how propaganda is presented and funded.

“I’d argue Waltham Forest News is presented as a ‘newspaper’ to trick residents into thinking they are reading something impartial and balanced. Next year there will be council elections. How can it be fair that taxpayers’ money is used to produce propaganda on behalf of the current council administration?”

In a direction issued to both Waltham Forest and Hackney Councils, Mr Javid made clear his actions were designed to help protect the local free press.

Waltham Forest News is distributed to 97,000 households in an area covered by both the Echo and the Waltham Forest Guardian, while Hackney Council’s publication, Hackney Today, has a print distribution of 108,000 in a borough already served by the Archant-owned Hackney Gazette and the independent Hackney Citizen.

In his piece, James quoted a Waltham Forest Council statement, which describes the News as a “valuable, cost-effective way of communicating with our community” that also fulfills the authority’s obligation to publish statutory notices “as opposed to the government’s insistence we pay other newspapers to do that”.

But James added: “It sounds to me like the council leadership is scared of being properly scrutinised by a healthy and thriving local press.

“Both Waltham Forest Echo and Waltham Forest Guardian exist to hold the council to account, but this job is made more difficult when we have to compete for potential advertisers with a taxpayer-funded propaganda machine. It’s time we put a stop to Waltham Forest’s fake news.”

A Waltham Forest Council spokesman said: “While our cabinet will certainly be discussing the future of Waltham Forest News, we believe the government’s directions, as laid out in their letter of 6th November, do not comply with the 1986 Local Government Act.

“We have therefore asked them to withdraw the letter and reconsider their position in accordance with the Act.”