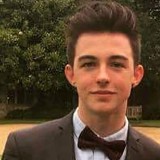 A regional daily has apologised for publishing an inaccurate report of an inquest into a teenager’s death.

The Bournemouth Echo said sorry to Joanne Lusted for inaccuracies contained in the story about her 19-year-old son Matthew, left, who was found hanged in the garage of his family home.

Mrs Lusted went to the Independent Press Standards Organisation about the story, which she said did not accurately report information heard at the inquest.

She claimed that the Echo had breached Clause 1 (Accuracy) and Clause 5 (Reporting Suicide) of the Editors’ Code of Practice.

The Echo said it was sorry for any upset caused and apologised for any inaccuracies that may have been included in the article.

After IPSO began an investigation into the case, the newspaper offered to write a private letter of apology to Mrs Lusted. She said that this would resolve the matter to her satisfaction.

IPSO did not make any determination on breach of Code as a result, and the full resolution statement can be read here.