A councillor complained to the press watchdog after a newspaper reported comments she made about a dog festival.

Gina Coles, who sits on Dartmouth Town Council, complained about a series of articles run by the Dartmouth Chronicle reporting on comments she made about a dog festival called Woofstock UK, which was held in the town.

She also claimed a cameraman acting on behalf of the paper had harassed her by positioning two cameras directly at her face during a committee meeting of the authority.

The newspaper reported Cllr Coles as saying that she had “done a rain dance” in a bid to put a dampener on the event, and that the organiser was “not the right sort” to be running the festival. 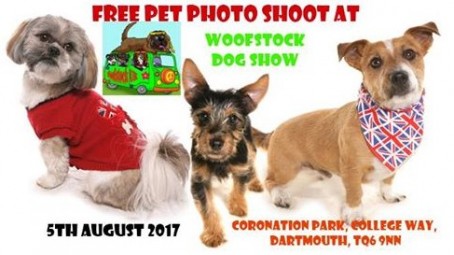 However Cllr Coles denied having criticised the organiser in such terms and the newspaper’s suggestion that her comments had thrown the future of the event into doubt.

She complained to the Independent Press Standards Organisation under Clause 1 (Accuracy), Clause 2 (Privacy) and Clause 3 (Harassment) of the Editors’ Code of Practice.

Cllr Coles accepted that she had told a journalist from the paper that her “rain dance” hadn’t affected the Woofstock event, but said she had done so during a private conversation with him at the visitor centre.

She claimed that the publication of email correspondence between her and the newspaper and the comments she had made at the visitor centre was an intrusion into her privacy.

The Chronicle said it had attributed quotes to the complainant which were a fair and accurate reflection of the comments she had made at the visitor centre and in a series of email exchanges which followed.

It did not accept that the video recording of the town council meeting was obtained in circumstances of harassment, and provided a photograph of the room as it had appeared on the day as well as the full recording of the meeting which had been published.

In its ruling, IPSO said that Cllr Coles’s position as an elected politician was critical to its considerations of the case.

It found it was not misleading to report that she had “cast doubt” on the charitable donations from the event, adding the report of her views on the organiser of Woofstock has not been significantly misleading.

It acknowledged that the complainant had found the Chronicle’s recording of the town council meetings distressing, but found the cameraman’s behaviour had not amounted to harassment.