One of the last newspapers in the UK still printed in black and white is to move to full colour next year as it marks its 90th anniversary.

The Lymington Times and New Milton Advertiser, which covers the New Forest and Christchurch, has been printed in black and white ever since its launch in 1928.

But as of next month the ‘A&T’ will relaunch as a full-colour broadsheet printed at Johnston Press’s Portsmouth plant which also prints city daily The News. 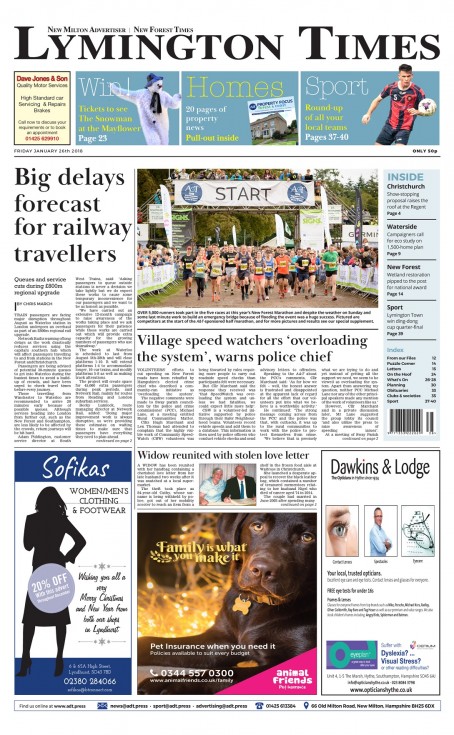 The change will result in the loss of four printing jobs but bosses say the savings will be reinvested in further improvements at the title, to be announced next year.

The last black and white edition will roll off the old New Milton press on 18 January while the first full-colour A&T will be in the shops on 26 January – still priced 50p.

Managing director Eddie Curry said: “Everyone at the A&T is rightly proud as we approach our 90th year as an independent paper – especially when the wider industry is facing serious challenges. We’ve endured by staying true to our high journalistic standards and traditional, ultra-local focus.

“Going colour is the logical next step to maintain the material and editorial quality that our loyal readership expects. We’ve worked hard to preserve the A&T’s spirit while making it more accessible, up to date, and attractive to advertisers eager to reach what is a very affluent area.

“We’re sad to lose four full-time jobs on the press but are retaining two staff in other roles. They have worked wonders to get such results out of a more than 50-year-old black and white press. Savings will be reinvested to develop further plans that we intend to announce next year.”

“In the coming weeks, we will be explaining to local people what changes to the newspaper they can expect, listening carefully to how they respond, and adjusting where necessary.”

Commercial development manager Alison Thomas added: “We’ve listened to local and national advertisers and I think they will embrace our new full-colour pages. This is a real opportunity for eye-catching designs and campaigns to reach thousands of customers in the New Forest and Christchurch.”

David Crow, MD of JP’s print services division said: “We are delighted here at Johnston Press Portsmouth Web to win this new business and to be a part of the exciting new venture for the New Milton Advertiser and Lymington Times as it moves into the world of full colour printing and value-added products for its advertisers and customers.”

Eddie is the third generation of his family to be involved in running the business following his father, 97-year-old proprietor Charles Starr Curry, and late grandfather Charles Townley Curry. 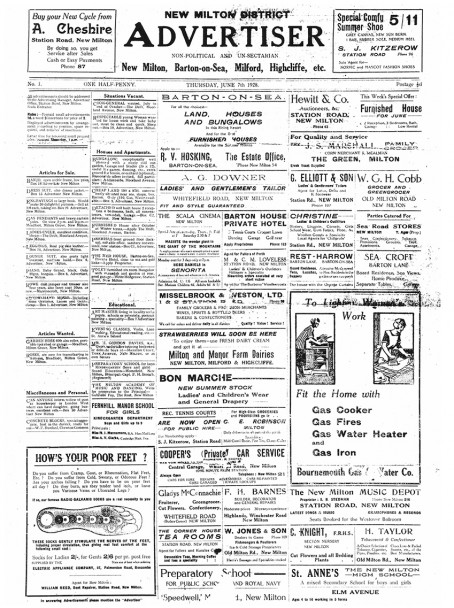 The paper as it first appeared back in 1928