A special pizza has been created to mark a weekly newspaper’s switch to tabloid after 139 years as a broadsheet.

The first bumper 76-page edition of the new-look Fife Free Press hit the streets yesterday after more than a year of work by a product review team.

And to mark the important step in the paper’s history, a special ‘The Press’ pizza was designed and is on sale to readers in a local Pizza Hut.

Under the relaunch, every section of the paper has been redesigned, the typography changed and a new colour palette introduced, while a new magazine supplement has been started. 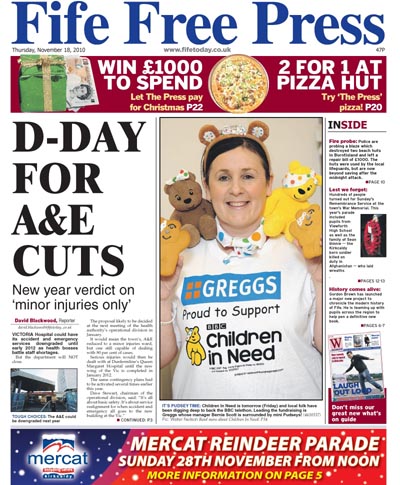 Editor Allan Crow said: “We have been overwhelmed by the response and messages of support.

“The first tabloid FFP looks fantastic – it’s been a fantastic challenge creating a brand new version of a long-standing and respected title. It was a genuine thrill to see it hit the press.”

Before the switch to tabloid was made, two dummy editions were created and tested via focus groups, while detailed market research was carried out with readers.

The Johnston Press title now includes an eight-page magazine section called Weekend which is dedicated to the local entertainment scene.

To mark the launch, there was a four-week countdown in the paper and an advertising campaign on local radio station Kingdom FM, which also interviewed Allan.

Advertising bikes went around the key shopping areas and leaflets were handed out in stores and coffee shops.

The first tabloid edition had a competition to win £1,000 for Christmas and a two-for-one deal with Pizza Hut in Kirkcaldy, where the specially-created pizza is available – a ‘winter warmer’ which includes beef and green chillies.

Managing director Richard Bell said “This new fantastic looking Fife Free Press is the result of months of very hard work by all our teams at Fife Free Press and I hope the readers and advertisers love it as much as we do.” 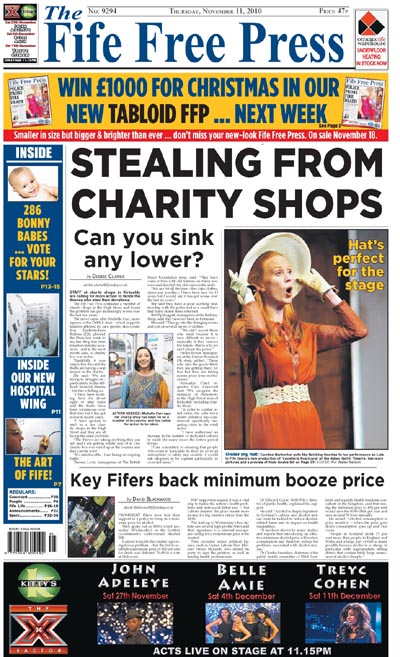