A group of journalists who attended college together nearly 40 years ago are planning a reunion to mark the anniversary.

The 1971/72 class who attended the National Council for the Training of Journalists pre-entry course at Harlow College are hoping to get together again next September – 40 years after it started.

It is being organised by Andy McLardy, a sub-editor at the Eastern Daily Press, and Simon Bucks from Sky News, who are trying to track down fellow course members.

The pair aim to hold the reunion on a Saturday lunchtime next September at a favourite Harlow watering hole, The Hare, which is well-known by ex-students at the college. 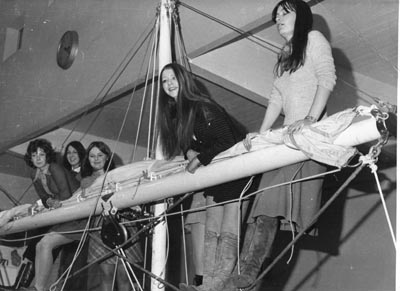 Simon, who is also chair of the Society of Editors’ training committee, said: “The NCTJ pre-entry course at Harlow was a memorable experience – we were taught by some great characters like Joe Barratt, a burly Scot who combined lecturing with Fleet Street subbing.

“It gave us a great start in the world of journalism. Inevitably after so long, many of us have lost touch and it will be wonderful to meet up again and catch up on the intervening years.”

Andy said the idea for the reunion had been born when he met up with Simon after not seeing him for many years.

He added: “We have both stayed in touch with a few old colleagues and are now hoping to trace others who would be interested in meeting up on a Saturday lunchtime at one of our old drinking haunts.”

For further information on the reunion, email harlow7172@gmail.com.