The bells will quite literally be ringing for a West Country weekly today as it celebrates its 250th anniversary.

Historic Bath Abbey will be ringing its bells for 30 minutes to mark the birthday of the city’s newspaper the Bath Chronicle.

The Northcliffe-owned title was first published in 1760, making it older than the United States of America which issued its Declaration of Independence sixteen years later.

Today’s bumper 248-page paper includes a 40-page anniversary supplement looking back over its two and a half centuries of publication and including a message of congratulations from The Queen. 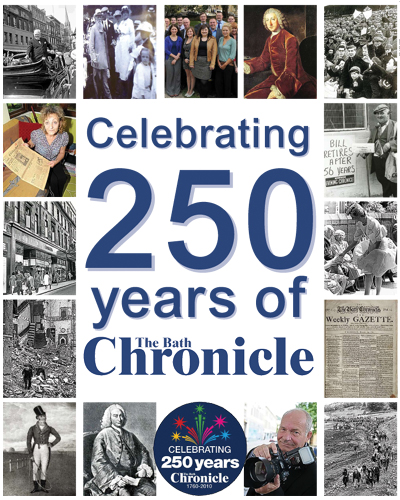 As well as the Abbey bells, the anniversary is also being marked by the prestigious Bath Royal Literary and Scientific Institution (BRLSI) which is hosting a special exhibition of famous front pages and papers from the paper’s archives.

They include the oldest surviving copy of the paper – a “pristine” edition from 1787 sent in following a reader competition.

Chronicle editor Sam Holliday said: “As we have been researching the paper’s history for this anniversary edition, I soon started to realise that we haven’t just reported on the history of the city – we really are a key part of that history.

“For major Bath institutions like the Bath Abbey and the BRLSI to want to get involved in our celebrations shows that they recognise the unique part we have played in the shaping of this amazing city.”

Other reader initiatives included a short story contest, to describe a day in the Chronicle office in exactly 250 words, and a film contest, to make a film about life in Bath in 2 minutes 50 seconds.

Added Sam: “I really wanted this anniversary to be something which the whole city could celebrate because it is, after all, their paper. We are just the people privileged to be producing it now – the readers are the ones who truly matter as this is their paper and so we have involved them all the way.” 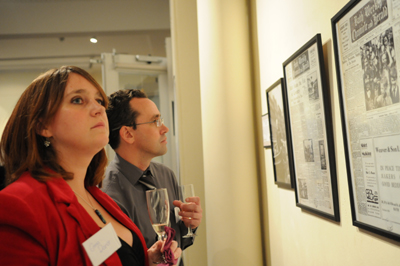 The history exhibition will run at the BRLSI in Queen Square, Bath, until next Friday and a special reception was held to launch it which included a number of distinguished former staff members including writer Bel Mooney and one time tele sales executive, jazz singer Clare Teal.

The Chronicle can also boast much-loved sci-fi writer Terry Pratchett as among its former staff – he was a sub-editor for many years.

There was one person, however, who Sam approached to offer congratulations who hasn’t yet responded….Barack Obama!

He said: “I remember at a meeting Graham Holburn, our chief sub, mentioned that as the Chronicle first came out in 1760 that made us older than the modern nation of the United States of America.

“So, I thought, ‘well I am sure President Obama would be happy to say something’ and I wrote him a letters talking about our age, explaining that we have a superb American museum in Bath and stating we have thousands of visitors from the States in our city so could he help?

“He hasn’t quite got around to replying yet – but I live in hope!” 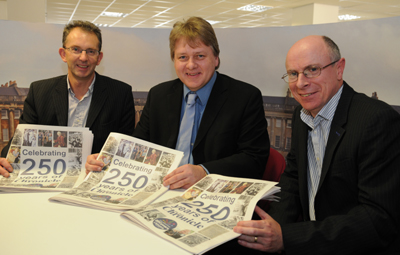