Watchdog finds against weekly despite giving copy approval to councillor 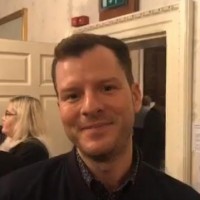 The press watchdog has found against a weekly newspaper for publishing unsubstantiated claims about a councillor while he was seeking re-election – even though it provided him copy approval first.

The Independent Press Standards Organisation has upheld the complaint against the Warrington Guardian following a complaint by Councillor Geoff Fellows.

He went to IPSO after the Guardian reported another councillor’s claim he had not paid around £4,500 VAT for the hire by his business of an authority-owned pool.

Prior to publication, the Guardian had provided copies of the story to both Councillor Fellows and the other councillor concerned to give them a full opportunity to comment on the dispute.

But, despite this, Cllr Fellows was unhappy with the published story and IPSO found in his favour after an investigation.

The Guardian’s story had reported on a “war of words” that had “erupted” between Cllr Fellows, pictured, and another member of Penketh Parish Council, quoting claims by the latter that the former was “clearly very angry that a question had been asked about his non-payment of VAT” for the hire by his business of a parish-owned pool.

The other councillor said that she was “simply following instruction from the auditor, who is deeply concerned about this issue”, adding that “over seven years” the “amount owed [by Cllr Fellows was] around £4,500 with interest”.

Complaining under Clause 1 (Accuracy) of the Editors’ Code of Practice, Cllr Fellows said the claims made by the other councillor were inaccurate and damaging.

Cllr Fellows, who is also an Independent member of Warrington Borough Council, claimed the payment for the pool hire had been VAT inclusive and he did not owe any money.

He added an interim audit report, which the other councillor had referred to, did not show that sums were due from him, claiming the allegations were published without verification by the Guardian.

Denying a breach of Code, the Guardian stated it had, unusually, provided copies of the story before publication to both Cllr Fellows and the other councillor concerned to give them a full opportunity to comment on the dispute.

Both had provided lengthy statements that could not be printed in full, but the Guardian said it had summarised them fairly and accurately.

It added it was entitled to report the allegations by the other councillor and had not presented them as fact, noting the interim audit report, which it had sight of after publication, made reference to a business not paying VAT and stated that this business should be invoiced for this.

Prior to publication, the clerk and chairman of the council had confirmed the amount due and that the business in question was run by the Cllr Fellows – a point supported, in the view of the Guardian, by the minutes of the council meeting.

The Guardian had offered Cllr Fellows a further right to reply via a letter to the editor in order to resolve his complaint but did not consider that this wording was appropriate because it included additional claims not referenced within the story under complaint.

During the course of the investigation, Cllr Fellows provided IPSO with the minutes from the parish council meeting and the interim audit report in addition to audio recordings of conversations prior to publication with the author of the audit report and a tax adviser, respectively.

The former confirmed that he did not know how much VAT the complainant owed, with the calculations cited not included within his report to the council.

Cllr Fellows said that these conversations demonstrated that the claims made by the councillor were false and that he did not owe around £4,500 with interest for the non-payment of VAT, nor did the interim report support this.

IPSO found the audit report did not state Cllr Fellows had not paid VAT over a number of years to the tune of £4,500, plus interest, and that publication of these unsubstantiated claims represented a failure to take care not to publish inaccurate or misleading information.

The Committee noted the steps taken by the Guardian, both prior to and following publication, to put the position of Cllr Fellows on record, but found that these were serious claims that suggested misconduct on the councillor’s behalf at a time when he was seeking re-election.

It considered that the appropriate remedy was the publication of a clarification on this point.

The complaint was partially upheld, and the full adjudication can be read here.