Two directors resign from publisher’s board after restructure revealed 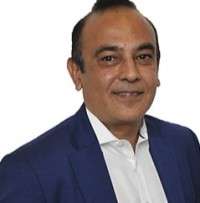 Two directors at a regional publisher have announced their departures the day after a restructure affecting dozens of staff was revealed.

National World has confirmed that chief operating officer Vijay Vaghela has given notice of his resignation, while non-executive director Steve Barber will also resign his role.

News of their departures comes after the publisher confirmed yesterday it had begun a restructure involving the creation of 30 new digital journalist roles, with a similar number of existing roles being made redundant across the country.

Both Vijay, pictured, and Steve have been with National World since its launch by former Local World chief executive David Montgomery three years ago.

He will now work a year-long notice period before leaving the company on 30 June 2023 to “pursue other business interests,” during which period the board will appoint his successor and ensure an “orderly handover.”

Vijay said: “Having overseen the plc’s establishment and commenced its transformation, the business is now on a strong financial footing and poised for its next phase of strategic development.”

Steve will leave the company in September at the end of his three-month notice period.

In a statement, National World said: “The board thanks Steve for his service and will commence the process of recruiting another independent director.”

The National World restructure comes as it prepares to launch three new online city-based ‘World’ titles – understood to be in Leeds, Portsmouth and York.

The company has previously launched websites under that brand in Birmingham, Bristol, Glasgow, Liverpool, London, Manchester and Newcastle.

As a result, it is understood some journalism roles will be redeployed to bigger cities as part of the changes, believed to affect journalists working in the Midlands, Portsmouth, Scotland, Sussex and Yorkshire.