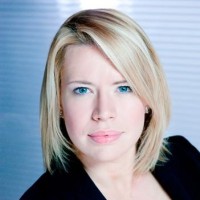 A former daily newspaper journalist who was a “truly gifted reporter” has died just hours after revealing she was terminally ill.

Tributes have been paid to Aideen Kennedy, who worked for a number of titles including Belfast-based daily the Irish News.

The mother-of-two died just hours after posting on Twitter on Friday that she was suffering from a terminal illness and was receiving palliative care at home.  She was 43.

In a statement, UTV said: “The UTV family is deeply saddened to hear of the passing of former colleague and friend Aideen Kennedy.

“A truly gifted reporter, she spent many years at UTV bringing viewers stories from all over Northern Ireland.

“We wish to extend our heartfelt sympathies to her family at this very sad time.”

Aideen worked for the News in the early 2000s and was also worked for GMTV producer Macmillan Media.

She and her family had previously lost her older sister Fiona to cancer in 2016 aged 44, less than a year after younger brother Dara died from a brain tumour at the age of 35.

Her other sibling Rory was killed in a road accident when he was aged just one.

Ken Reid, former UTV political editor, posted on Twitter: “Tonight the thought Aideen is no longer with us is just heartbreaking.

“A decent soul who suffered too much. The news has stunned many of us. We all need to take care.”

“She was a lovely person, a determined and enthusiastic journalist and an inspiring colleague. We remember her fondly”.

Aideen is survived by her children Jacob and Eva, as well as parents Noel and Maura.

Announcing her illness on Friday, Aideen wrote: “So life has not gone well and I am as sick as I was as when I went in to hospital so essentially going home to die but getting palliative care.

“The kids know. If you ever come across them, will you keep an eye out for them, they are the kindest, sweetest most thoughtful kiddies.”