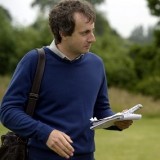 The seven-time winner of a regional sports journalism award is set to defend his crown again.

In the Regional Sports Journalist category, defending champion Jon Colman, pictured, is once again among the nominations.

Jon, who works for Newsquest Cumbria, claimed his seventh win in the category last year.

Colin Bateman, chair of the writing judges, said: “In an era when so many consume their news in a 280-character tweet, this year’s entries have once again shown the immense value the longer read in our newspapers, magazines and websites.

“There is so much good journalism out there, and not an emoji in sight.”

The awards will be presented in a ceremony at the Park Plaza Westminster Bridge on Monday 7 March 2022.