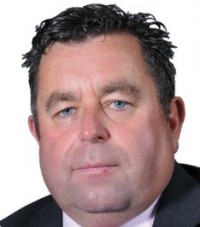 Regional publisher National World is raising the cover price for 13 of its local newspapers in the Midlands and Home Counties from next Monday.

A series of weekly titles including the Banbury Guardian, Derbyshire Times and Milton Keynes Citizen are increasing their cover prices by 5p.

The price rise was revealed by the National Federation of Independent Retailers which has welcomed the increases on the rounds that it will include pro rata terms of newsagents.

The NFRN – known as the Fed – previously critised rival publisher Newsquest for not passing on pro rata increases at several of its titles, leading to a cut in retailers’ profit margins.

He said: “This is great news and is in stark contrast to Newsquest which recently cut retailers’ percentage margins to as low as 15 per cent on some of its titles.

“We expect to see more of our members making their newspaper range choices based on the percentage margins available.”

The 13 titles in question together with their new cover prices are as follows: