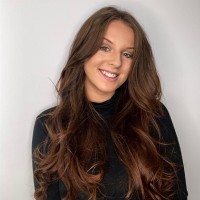 A locla news reporter has won an awards quadruple from the university where she is still training.

Bury Times journalist Harriet Heywood has been honoured by the University of Salford for work undertaken during her studies.

It is the second year in a row Harriet was honoured after she was awarded the Second Year Student Award last year.

Awards judge Pien Meulensteen told the Times: “Harriet’s commitment to learn in a professional environment and secure freelance positions at local and national news outlets, all while studying at the university, has clearly built her into a well-rounded journalist.”

Harriet, who is also a reporter at radio station Your FM, is due to complete her degree later this year.

Her mother Rebecca said: “Harriet began her journey into journalism at 14 delivering newspapers at weekends, she then worked in Mile Lane newsagents and now is at the Bury Times. She was also able to do some work for the Times Radio whilst at university too.”