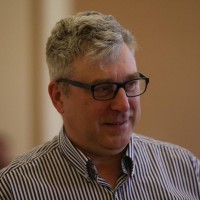 A local democracy reporter has hit back after a councillor took a “direct swipe” at her during a public meeting.

Tanya Fowles has criticised Councillor John McClaughry after he expressed what she described as “disdain” for local newspapers during a meeting of Fermanagh & Omagh District Council.

The Ulster Unionist Party councillor told colleagues he “wouldn’t like to be dependent” on the local press for information after a story Tanya had written was raised by another member of the council.

The story in question surrounded concerns around a Police Service of Northern Ireland decision to provide escorting explosives for the mining industry free of charge.

Councillor McClaughry had previously told the council the decision came about due to a “policy change” based on legal advice, but a Freedom of Information request by Tanya subsequently established no such policy ever existed.

The story was raised by Cllr Emmet McAleer and, in response, Cllr McClaughry told the meeting: “I don’t always get [local newspapers] and I definitely don’t read [the local press].

“I wouldn’t like to be dependent on it for information.

“I wouldn’t like to depend on any form of press.”

Tanya, who works for titles in Northern Ireland under the BBC-funded scheme, told HTFP Cllr McClaughry’s comments were a “direct swipe” at her.

She said: “He is on record telling the chamber the ‘policy change’ which was on the back of legal advice provided to PSNI.

“But I had been working in the background and any policy change would have required procedures, not least public consultation.

“None of the various government departments were notified of the move, nor was the PSNI oversight body.

“So it came down to an FoI to see the policy and it turned out there never was one. Publishing that detail was therefore appropriate as it altered the previous position as presented to the council.

“That appears to have irked McClaughry who rather than take it up with PSNI, who supposedly gave him erroneous information, decided to shoot the messenger.

“Maybe in future, rather than try to undermine accurate press coverage, he should give due consideration to the possibility it may actually be correct.”

HTFP has approached the UUP for further comment on Cllr McLaughry’s remarks.