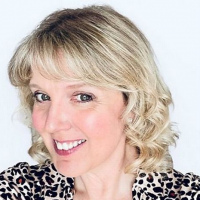 An award-winning print journalist has taken a top editor job with the BBC.

Carolyn Hitt has been unveiled as the new editor of BBC Radio Wales and Sport, and will take up the role in August.

Carolyn has written for the Western Mail for more than 30 years, as well as The Guardian, Daily Telegraph and numerous magazines.

In 2012, she co-founded Parasol Media, whose productions included BBC2’s Only Connect and history, sport and music documentaries.

Carolyn, pictured, said: “I am absolutely thrilled to be taking on this role.

“Audio and sport play a pivotal part in the life of the nation – bringing us together and reflecting who we are.

“So working with the fantastic talent of Radio Wales and BBC Wales Sport to inspire, engage and excite the Welsh audience – in all its extraordinary diversity – is a huge privilege.”

Carolyn succeeds Colin Paterson following his appointment as Senior Leader of the BBC’s new Audio Hub for Wales and the West of England.