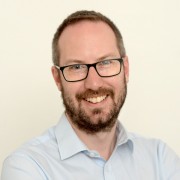 Ed Walker will take on the new post of interim audience and content director after spending  the last two and a half years as editor-in-chief at the group’s hyperlocal news service In Your Area.

Announcing the move on Twitter, Ed said the new challenge will involve working with journalists around the country to help grow the digital audience and improve engagement.

He will also be involved in spearheading the group’s ‘Network Newsroom’ project which, as revealed by HTFP last month, will see around 150 Reach journalists  redeployed to work across multiple titles in a single digital newsroom.

Ed has served in a number of senior editorial roles with Reach, including digital editor and head of digital publishing for its regional titles.

He was originally promoted to become editor-in-chief for In Your Area and Reach Regionals Network Newsroom in December 2019.

Wrote Ed: “Starting a new role this week as interim Audience and Content Director (Audience Growth) across @ReachPress, working with our teams in newsrooms up and down the country to continue to grow our digital audience and engagement.

“I’ll also be working even closer with our product teams on new tools for our journalists and new features for our readers too.

“This means I will be stepping down as editor-in-chief of @InYourArea_UK after two and a half action-packed years.

“From small acorns it’s grown to become a part of local news provision and interest in the UK. And one of the country’s most-downloaded news apps too!

“Thanks to all those who have got involved in @InYourArea_UK during its rise – and particularly to all the Reach editors and journalists who have played a part, particularly during the pandemic, in utilising the newsroom tools we built.

“Looking forward to the new role, and continuing to work with fantastic editors and journalists across our Reach newsrooms. First stop is Newcastle and @ChronicleLive tomorrow as we continue the Network Newsroom work.”

The new editor-in-chief of In Your Area will be Hannah Jones, currently group commercial content editor (regionals) at Reach.

She will be supported by editor Tom Gibbon and heads of communities, Maxine Dalziel and Jayne Middlebrook.