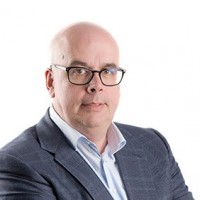 Journalists on the verge of strike action have called for their bosses to reinvest part of their own pay packets into funding salary increases for staff.

The National Union of Journalists has urged Reach plc chief executive Jim Mullen and chief financial officer Simon Fuller to follow the example of John Ridding, chief executive of the Financial Times, who agreed to take a pay cut following a staff revolt in 2018.

The call comes while around 1,000 editorial staff at Reach are being balloted on potential strike action after the NUJ rejected a 3pc pay increase, with the union saying the escalating cost-of-living crisis, fuelled by rising inflation, meant they could not afford to accept the deal offered.

It stated: “If Reach is to succeed, a radical reset is needed, ensuring that our members are treated fairly as important stakeholders alongside shareholders, customers and pensioners.

“This group chapel calls on Jim Mullen and Simon Fuller to reinvest their pay package excesses to help fund a fair pay rise for 2022 for the editorial workforce.

“We urge the company to ensure that this unacceptable contrast – brought about by repeated poor annual staff pay rises and out of touch executive bonus criteria – is never repeated.

“Without positive change, this group chapel resolves to ensure investors, readers, and opinion formers, including politicians, are made fully aware of these flaws in the corporate operation of Reach plc, in contrast to much of the sentiment of the editorial content of its titles and public profile and reputation.”

Talks between the union and Reach over a possible pay increase broke down last month, prompting the ballot, with the NUJ has encouraging its members to vote yes to both strike action and to action short of strikes.

The publisher last week claimed in a memo to staff that any action would only cause “absolute minimum” disruption to their titles’ operations.

In a statement, the chapel said: “Jim and Simon should consider what was done by the boss at the Financial Times in recent times, where excess reward was voluntarily given back and used far more productively within the business.”

HTFP has approached Reach plc for a response to the NUJ’s suggestion.