Regional journalists will be expected to generate increases of up to 70pc in online page views on their stories by the end of 2022 under new targets being set by their publisher.

Reach plc has announced the scheme, under which news reporters who have been with the company for more than six months will be set minimum benchmarks of between 80,000 and 850,000 page views per month, depending on which title they work for and what their role is.

Journalists who fall below half of their “benchmark” number will be expected to have increased their monthly page views by 40pc come July this year, and by 70pc at the end of 2022, according to documents seen by HTFP.

Those who record less than their benchmark number, but more than half of it, will be set a target of increasing monthly page views by 20pc come July and 35pc at the end of the year. 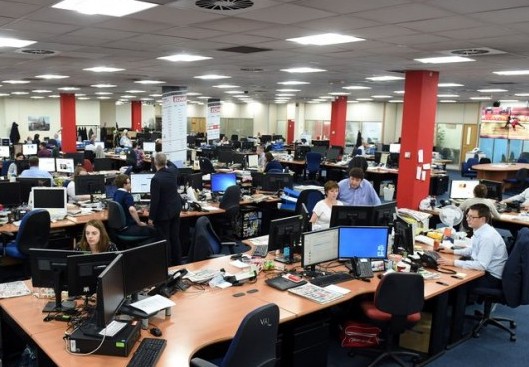 The documents state that the “consequences” for staff not hitting July and December’s goals would “depend on the individual circumstances.”

However, the publisher has sought to reassure its journalists that the scheme, entitled Accelerated Personal Development, is “not designed to be punitive”.

The targets, which were outlined to staff last week, have been drawn up after Reach analysed data over the course of September, October and November to create an average number of monthly page views per role across its regional titles.

Newsrooms have been divided into eight categories, with reporters working for higher category titles being expected to deliver more page views as part of the plan.

Journalists classed as general reporters will also be expected to record more views than those classed as court reporters and public interest specialists working for the same title as them.

General reporters working for newsrooms in the highest categories, dubbed ‘C2′ and ‘C3′ by Reach, will be expected to deliver 850,000 page views per month, while for ‘C2′ court reporters the target is 800,000 and public interest specialists 560,000.

The newsrooms in the C2 bracket are the Manchester Evening News, Liverpool Echo, Wales Online and Birmingham Live.

The full list of affected Reach brands, and their respective categories, are as follows:

The minimum benchmark for each type of journalist can be found below:

Search or trends writers, where employed, will be expected to generate 1.3m page views monthly within six months and two million within the year.

Reach has described the scheme as being in the “pilot” stage, with reviews taking place after a month, then quarterly.

Apprentices, lifestyle writers, what’s on reporters, Reach’s national journalists, BBC local democracy reporters and those employed under the Facebook Community News Project scheme will be exempt from the targets, although Reach says it will consider “bringing other roles into the pilot after a couple of months”.

A question and answer booklet sent to affected staff states the scheme has been launched following discussions with company figures, including senior editor for development and training Steve Thompson and online safety editor Rebecca Whittington, in order to ensure any “training requirements are flagged and actioned as quickly as possible”.

Audience and content director Jacqui Merrirngton has also been charged with examining any Google indexing issues that may affect search and trends writers.

The booklet makes clear views for any stories containing joint bylines will be divided by the number of authors listed, while new starters would be expected to be working towards the benchmarks by six months in.

A section in the booklet notes the “consequences” for staff not hitting July and December’s goals would “depend on the individual circumstances”, but the booklet also states: “As this is a pilot there are reviews built into the schedule across the year.

“As set out in the benchmarking document individuals should be building towards the next milestones as set out – July and December.

“As explained above, new starters will be on a slightly different trajectory.

“The pilot is not designed to be punitive and there is flexibility in this approach.”

A previous attempt to introduce individual web targets for editorial staff was made by Reach plc predecessor company Trinity Mirror in 2015, but was amended following threats of strike action.

HTFP has approached Reach for further comment on the scheme.